Aletheia Study VI
2012
Charcoal Erasure and Graphite Impression on paper
18x24
The sixth in a series of drawing Studies attempting to extract some drawing techniques from an intersection of Plato and Heidegger's views on truth. Here Plato's ideal forms become just as Heideggerian as the contextual framework revealed by the temple or boots. Yet, the memory of the Platonic drawing of the temple from the previous study remains as an impression in the paper, offering that a correspondent model is inevitably preexistent and a Heidegger's relational model must begin with that which is given. 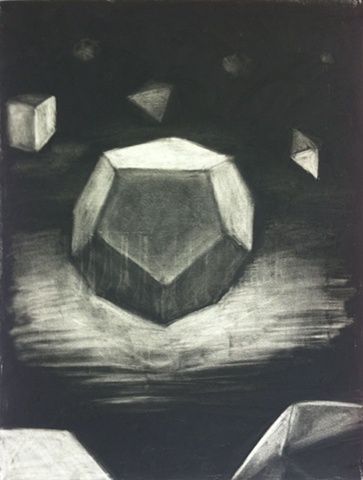